Planes, Trains and Automobiles – 24 Hours in Montreal and the Adirondack Train

I needed to be in Montreal last weekend for an event on Saturday night. As always Friday to Sunday flights involving no time off work were pretty expensive, bearing in mind how cheap transatlantic travel has become the last few weeks. So I decided to get a bit creative and learnt a couple of lessons along the way.

My outbound was relitively straight forward. I snagged an Air Canada one way leaving at 8.40am from La Guardia for $59, this landed at 10.00am getting me into the city in time for brunch. While La Guardia is a nightmare most of the time it took me 20 minutes to get there from Manhattan on Saturday morning. Bed to gate in under an hour. So will definitely be using it again in the future. The flight itself was very comfortable on an Embraer RJ-175, 2-2 in economy meant no bad seats.

Lake Champlain from above.

The returns on Sunday were all in the $200-$300 range with stopovers. One of our group took one of these with Porter and ended up turning back to Montreal with a tech issue and spending an extra night. I don’t like using miles on such a short flight as it would be the same price to go to California. The other option for me was to take the train. 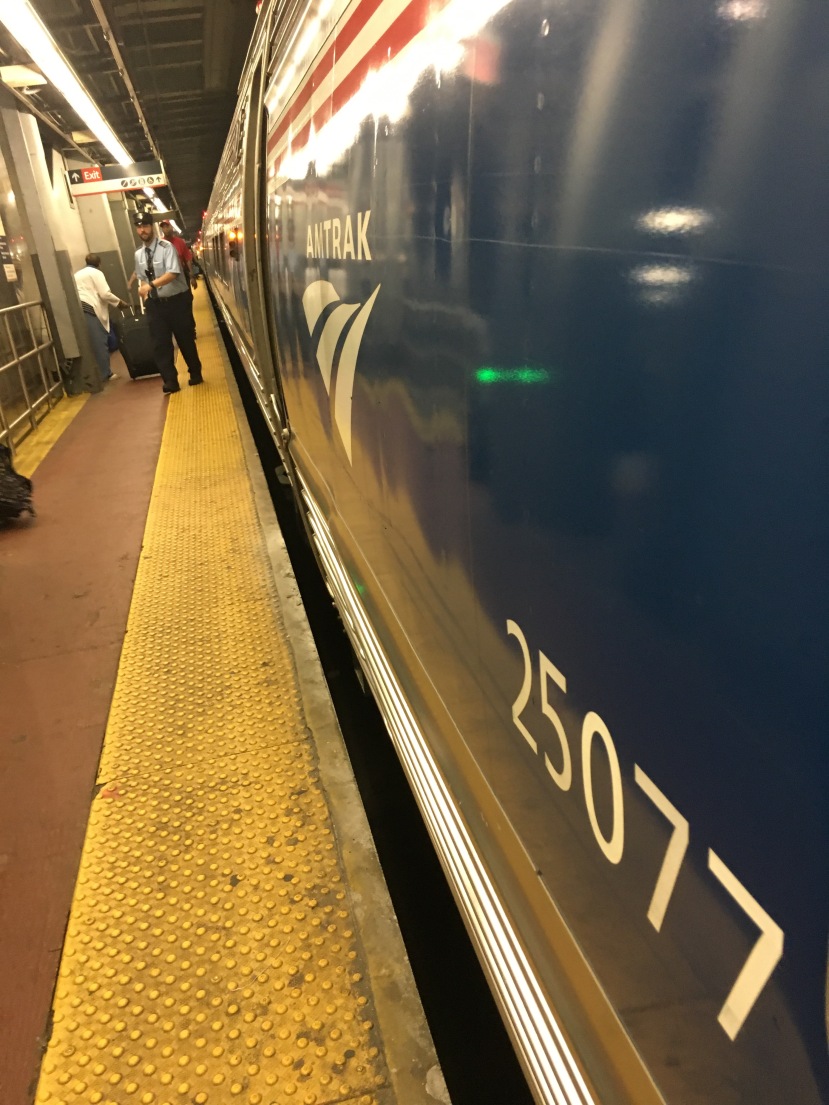 The price for the Amtrak Adirondack route remained constant at $77 all the way to last week and is touted as one of the worlds most scenic train routes. Even though it was going to take all day, it was cheap and I knew I would be tired. 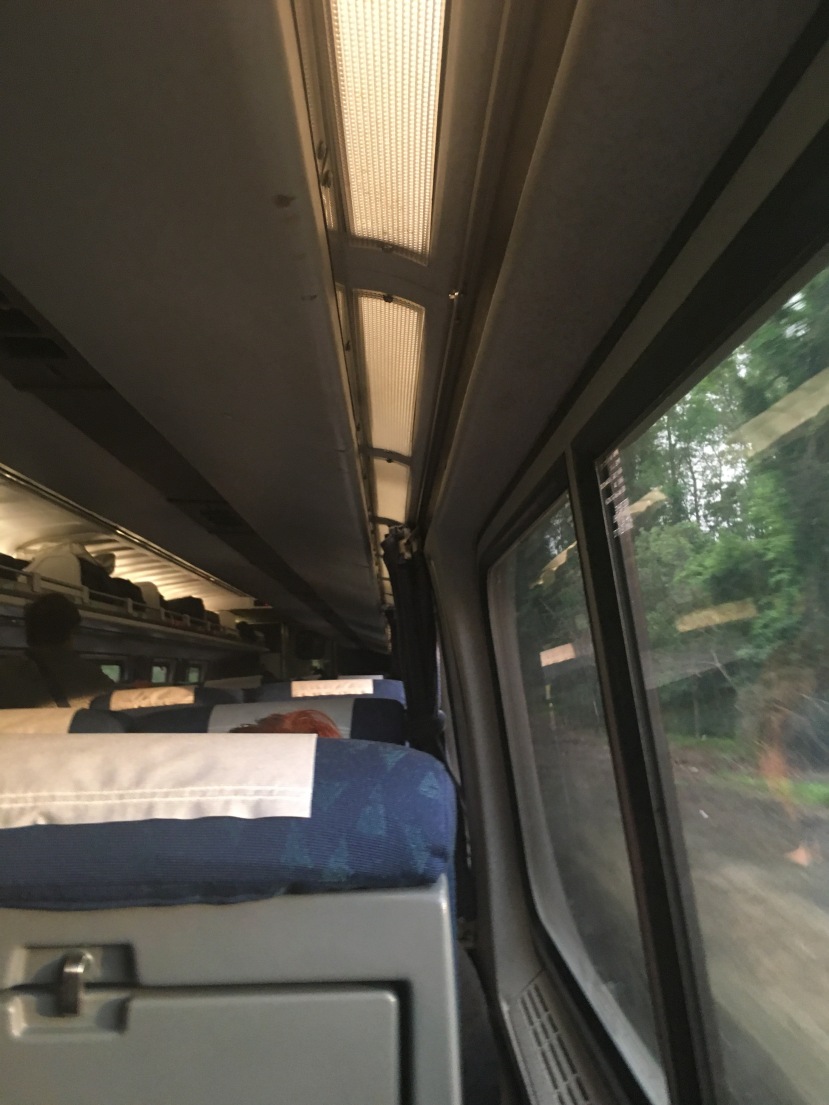 All in all it ended up taking about 12 hours to travel the 400 odd miles. (Which sounds insane as I write it) but the train stopped for a long time at the border and again with an air con issue at Albany. Despite the length of time it took the seats were very spacious and the views at times were stunning. Tip: Sit on the left hand side though to catch Lake Champlain. There wasn’t much going on in the Cafe carraige which is a pity on a trip as long as this. They could surely do some good turnover.

All in all, it was a very long day but at the same time a relaxing one. I’m not sure I’ll do it again in a rush but was an interesting way of seeing a beautiful part of the county.  I would definitely recommend the west coast version from Seattle to Vancouver ahead of this one. As for Montreal, I will definitely be returning there sooner rather than later. Great town. Next stop for me is Europe next month.

Sunset on the Hudson – nearly home.

There was an error retrieving images from Instagram. An attempt will be remade in a few minutes.