The best miles redemption I ever made was earlier in the year traveling from Hong Kong to Sydney via Bangkok in Thai First Class. I booked this last summer for just 40,000 United miles which was only part of the 70,000 I received for signing up to their credit card. While sitting in 1A and 1K in the nose of a jumbo jet was the absolute highlight. The for hour layover in Bangkok airport was almost as impressive. There were just three First Class passengers on the first leg between Hong Kong and Bangkok. On arrival at BKK we were first the leave plane and were met by Thai staff. One passenger headed to his connection immediately while myself and another gentleman were whisked via cart to a private security zone. Within five minutes we were through and in the First Class Lounge.

On arrival in the lounge we were both given our own individual lounges with personalized waitress service. From there the champagne continued to flow, it must have been almost half an hour since the ten minute to land announcement onboard…. Each room was equipped with a TV, Apple Mac for working and a selection of seating. A waste really as I was on my own but compared to some of the “lounges” I’ve been in recently, what a luxury. 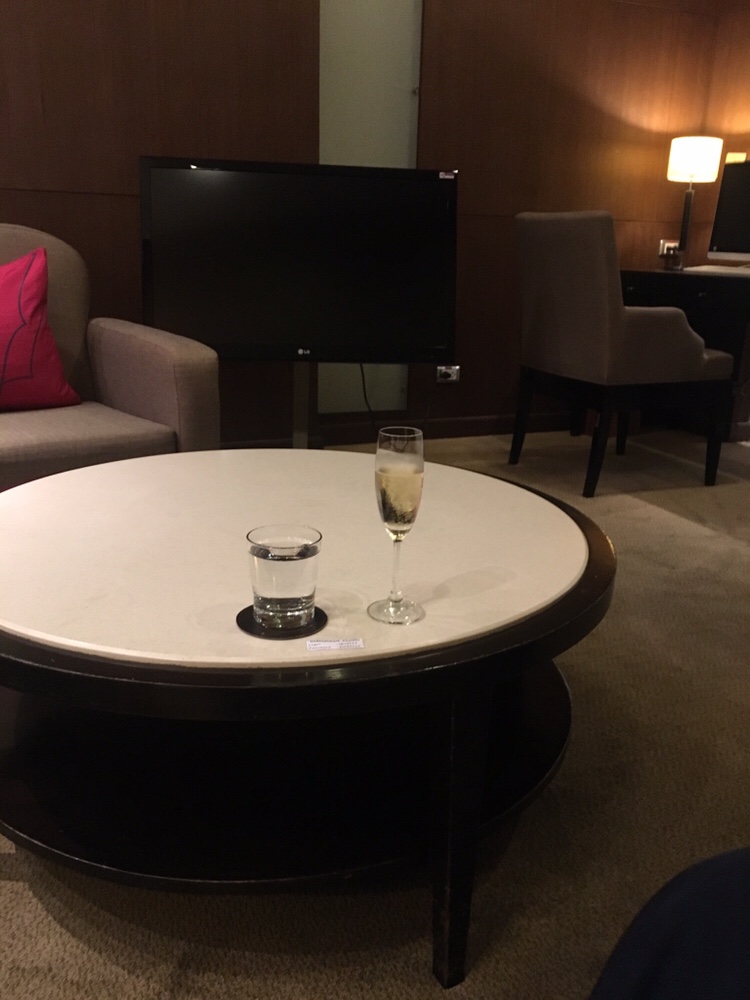 Thai First and Business are famed for the massage service they offer to passengers passing through BKK. On this occasion I did not take advantage choosing instead to relax and work my way through a bottle of 2006 Krug. It was my birthday after all.

First class is really about gluttony and realizing it was a few hours since I ate, I made my way to the separate dining room where local Thai dishes could be ordered via iPad. The beef while looking a little plain was outstanding.

After dinner it was back to my room for a little while before being collected and escorted down to the gate for part two in the air. The Thai staff all along were some of the most polite and courteous people you would ever meet.

The cash price of this ticket was about $3,000 and at 40,000 Points was one of the best redemptions you could ever make. United have since upped the price to 65,000 which is still a bargain in my mind.

If you fancy a extended stay in the lounge and a shorter flight you can always just do the BKK-HKG leg for around 30,000 United miles. Keep this in mind the next time you consider paying that to travel between New York and Boston last minute. Get the bus…. and save those points for something special.